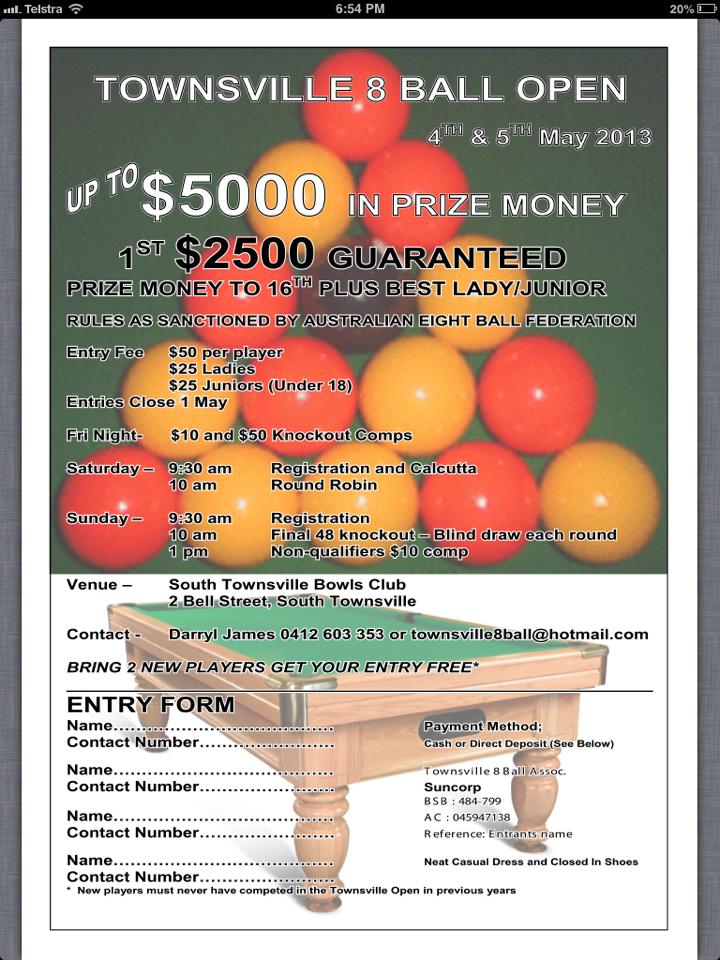 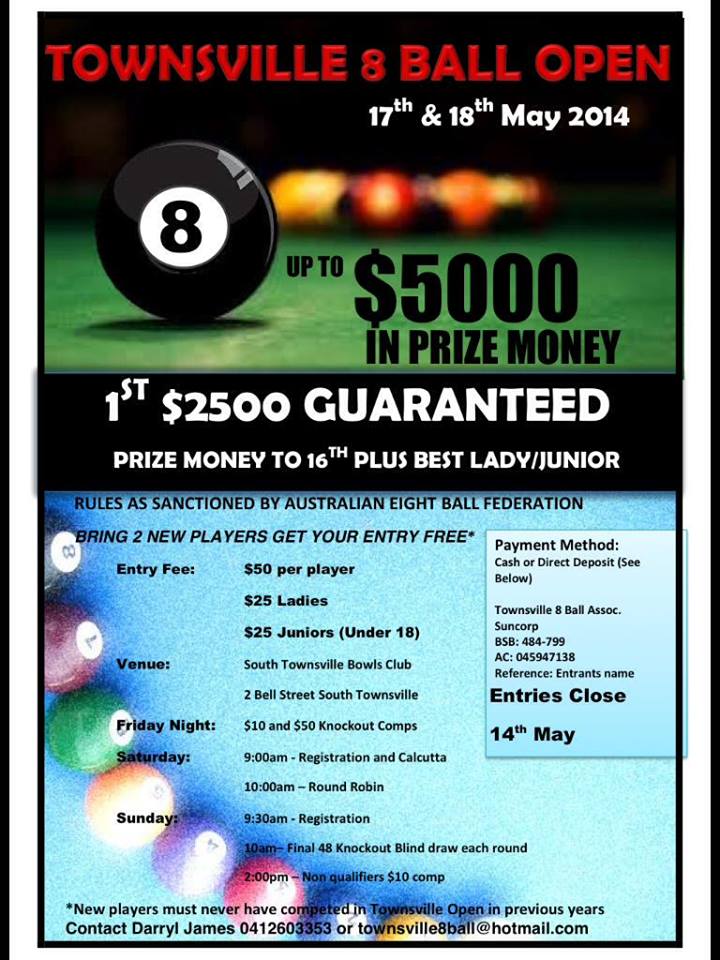 Congratulations to Kris Jones - Open Winner and John "Rusty" Wheeler the runner up. 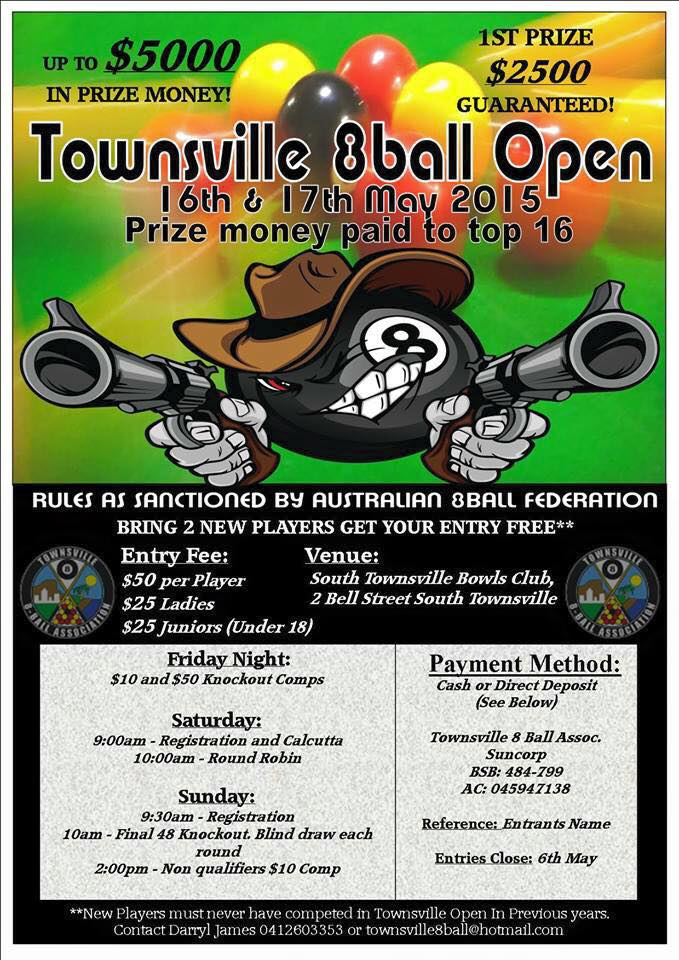 You can also view these videos on youtube channel

Congratulations to Brent Read for winning this tournament!!

This year's event was attended by 63 players from all over Queensland.

SEE THE PHOTOS FROM THIS EVENT

SEE FOOTAGES FROM THIS EVENT

Congratulations to Travis Martin for winning this tournament!!

70 Players in total participated in this tournament. We would like to have all of you back next year.

See the photos from this event

Townsville 8 ball open championship was held over the long weekend of Queen’s birthday, where prize money of more than $5000 was offered to the winners. The event attracted a number of players from all over Queensland including Cairns, Mackay, Charters Towers, Brisbane and Ipswich. Also the competition welcomed two inter-state players from Victoria who are both currently Australian Representatives.

The event consisted of; early qualifying rounds in May and 1 last qualifying round on Saturday the 9th of June. The final on Sunday the 10th of June consisted of 18 finalists. Also those participants who did not qualify for the main final were given a second chance at no additional cost to play in a consolation competition for $500 on Sunday.

On Sunday, 18 final qualifiers contested a 2 frame round-robin to select the top 4 players - 9 from early qualifying rounds held locally and from as far south as Melbourne and 9 from Saturday’s qualifying round (every qualifier played each other twice, 34 games each, 306 games in total). The results of the final round robin are attached at the bottom of this report.

The preliminary, semi and grand finals were held in the format of best of 7 match play.

In the preliminary finals, the top qualifier Marc Robertson from Melbourne played against Michael Scerri also from Melbourne, who qualified equal 2nd to Brisbane’s Travis Martin but defeated Travis in a play-off to determine the 2nd qualifier. In this match Scerri got the better of Robertson winning 4-1 and confidently proceeded to the grand final.

Meanwhile 3rd qualified Travis Martin and 4th Kane Lardelli from Townsville competed to see who would be playing in the semi final against Robertson. In this match Martin excelled towards the end and defeated Lardelli 4-2. In the semi final, Martin stayed focused against one of the favorites in the event, Robertson, defeating him 4-2.

Finally the grand final kicked off at 8:45 pm, the climax of the long weekend the majority of contestants and spectators swallowed their breath and watched in awe. Both players were playing exceptionally well and there was no mercy for error, one casual shot would prove the difference and determine the winner in every game. Martin was unable to sustain the composure and discipline he had displayed earlier and Scerri showed off the skills that gained him Australian selection defeating Martin 4-1 and winning the title of 2007 Townsville Open 8 Ball Singles Champion.

This cueSports website was built and maintained by cueSports auStralia.